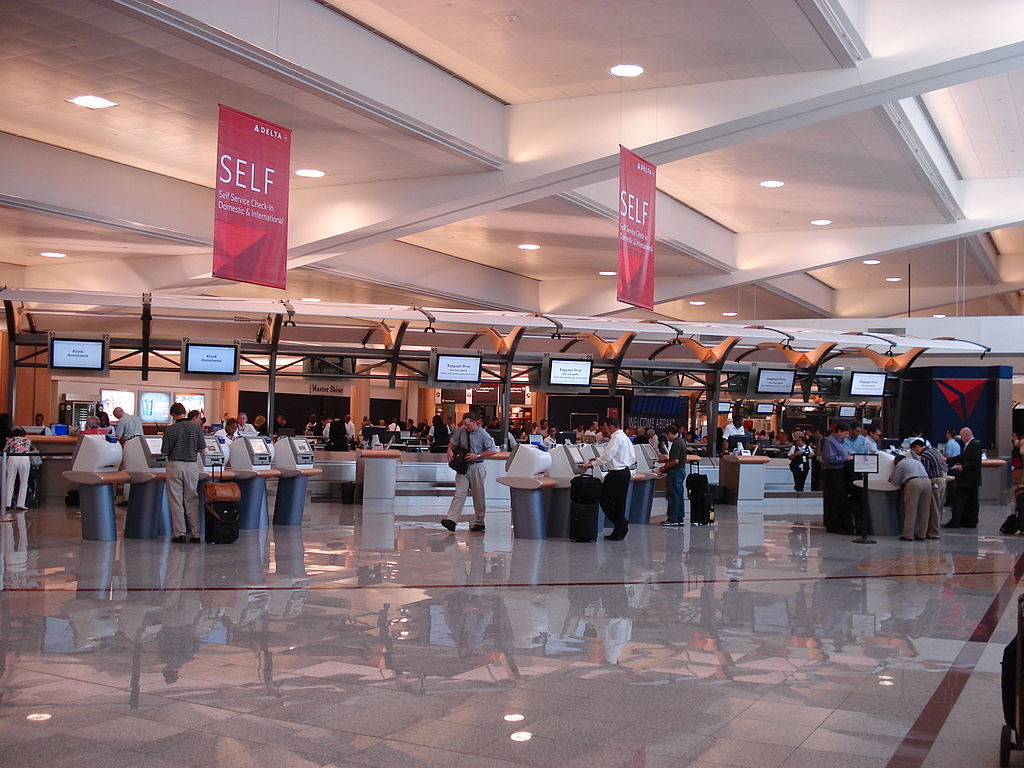 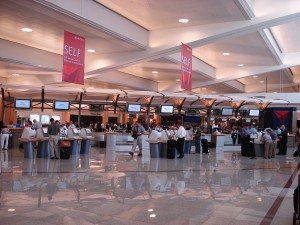 After many years of navigating airports without ever having any major issues my time had finally arrived. After arriving at Hartsfield-Jackson airport by airport shuttle driven by a man with a hoarse whisper of a voice fitting a ferryman on the river Styx I arrived to the domestic terminal not knowing the trials ahead of me in that foreboding building…

Day one: The First Circle

Sir, Your flight left 5 hours ago.

Actually the initial mistake was mine. I had received several route changes since booking my trip six months prior and of course i had managed to print out the second to last itinerary the airline had sent me. The different itineraries were identical except one small detail. The flight that would take me from Atlanta to Chicago from were my transatlantic skip would begin.

First it had been afternoon, then later afternoon and finally it had changed to 11:30 AM. So I ended up on standby for the flight that I once had been meant to be on.

One distracted badger cub by the name of Timothy nearly missed the flight, This might have opened up a seat for me, but as his final call rang out he came jogging to rejoin his clan.I cheered him on as the gate closed before me.

The lady at the gate rescheduled me for a flight the following day via the lovely city of Copenhagen.She also informed me that while I did not get a seat my trusty green backpack would be joining the badgers and all the other fine folks on the journey to Chicago.

After much searching i managed to get a free shuttle to the luxurious Red Carpet Inn in college park, the  cheapest and closest option.

Once checked in to my suite I celebrated this unexpected extension of my stay in true american fashion. Downing a boatload of snacks and falling asleep before the stomach cramps set in.

So after the first days blunder I was not going to chance it and so I left for the airport right after my complimentary breakfast. With great experience I navigated through airport security with over 4 hours to spare before my flight. After spending as much time as I could possibly could nursing my $10 SweetWater 420 I made my way to board the airplane only to see that fateful word:

As it turns out, on rare occasions, the weather in Chicago does get less than ideal for passenger aircraft.

This time the weather was bad enough that 2 hours after the flight should have left it had yet to land.This meant that quite a few of those making connecting flights could no longer make it on time.

Another friendly lady at the gate managed to get me a room at the Hilton and $30 worth of meal vouchers as well as rescheduling me yet one more time, this tie flying home via Frankfurt..

It turns out that the Hilton while about three times as expensive as the Red Carpet Inn and maybe five times shinier is actually for my purposes worse. No Included breakfast?

I ended up washing my only pair of underwear left in the state of Georgia in their shiny bathroom after some fine dining at Wendy’s three blocks away.

This was D day. I had originally planned my stay to be 88 days out of the 90 days i had been granted. This meant that after failing to leave the country two days in a row this would be the final day I could remain in the country without becoming an illegal alien.

With visions of a dark Guantanamo cell in my head i arrived at the terminal by complimentary shuttle. These visions moved closer to reality as i passed through the security scan. I was randomly selected to do a hand swab and as the swab was inserted into the reader I looked on in disbelief as the reading blinked on the screen:

so this was it. I was going to be shipped to Guantamo to be  tortured with Metallica and Ted Nugent until i cracked and admitted all my ties to the Swedish-Minnesotan Liberation Front(SMLF).

I was led into a side room were i was given the most polite and detailed description i have ever been given by a man about how he would slide his hands inside my pants.

This however is pretty much where the nightmare ended as after a brief search I was let out to carry on my journey.

The rest of the journey was uneventful and after waiting at Chicago O’hare and Frankfurt I finally arrived in a cold and rainy Gothenburg. My luggage however enjoyed another two full days of vacation.

And so I found myself back in the Sweden…

Delta check in at ATL By Atlantacitizen [Public domain], via Wikimedia Commons